Having recently enjoyed Phlox’s hex in the earnest fantasy style of Deltora Quest, I thought I would try my hand at making it a trend. Remember that the average problem is not so easy that anyone could solve it, but not so difficult that a clever blacksmith’s apprentice or good-hearted stableboy couldn’t figure it out. As with the original post, this entire module could fit in a 6-mile hex and should be able to last at least one session.

This location will be written up with the assumption that this is the backwater of some evil empire, and the PCs have learned to actively avoid attention of the dark lord’s forces. 1. The Rathburn’s are hoarding foreign delicacies and gluttonously supping on them every night. Let the Creator send the Council to stop them before the Grey Fog does! (Partially T. The Rathburn’s are supplementing their diet somewhat, but no more than everyone else)

2. Codger’s brother’s apprentice says a girl from the next farm over told him she saw lights in the Grey Fog. Could be there’s people what live in there! (T. Sharn the Hermit)

3. The City Council manipulates the Brothers Teal behind the scenes. Everyone knows Abbot Tilford is just a figurehead (F. The opposite is true).

4. They say that the previous royal governor barricaded himself in his throne room with the Scepter of Jade rather than fight the Dark Lord’s forces. (F)

5. The last Lady of the city was known to be effortlessly beautiful, but tried to betray the city. Her husband ordered her executed for her treason. (T)

6. Criminals will resort to anything! Seems like every other day there’s fewer people in the Glutton Pit than they’ve thrown in. The punishment’s bad enough. They shouldn’t be allowed to eat each other. (Partially T. Some are escaping through the secret tunnel).

Random Encounters in the Hills

3. A gang of gluttons (4d4) recently escaped from the Glutton Pit. Planning to rob you unless you beat them in a game of riddles. They ask riddles like these, which are more jokes than riddles.

5. Patrol of 2d4 Imperial Goons (as orcs, with special +1 blistering slingstones that lose their potency in a day)

6. Roll a random encounter from the hills encounter table.

Random Encounters in the City of Jade

2. Sharn the Hermit scavenging for supplies

4. Ghost of a despondent servant. Still a gossip.

5. Lord Helix’s Ghost, who weeps for whom he has lost. Gripping a spectral scepter in his hand.

6. A wonder of the past age, now brought to ruin.

2. A mechanical bird that sings the same song incessantly

3. A marble statue of incredible skill, it’s beauty fouled by long rents of some unknown vandal

6. A pipe organ, half the keys rusted shut.

Hex XXXY- The Hills of Hunger

Each two hours outside of civilization, there is a 50% chance of an encounter.

The main road through the Hills of Hunger leads straight through a large bank of the Grey Fog, and is thus impassable. Sparkling towers and emerald domes from the City of Jade can sometimes be seen in the middle of the fog when the sun hits them just right. A new road, unpaved but well traveled, snakes a path through Huskon then on to Antipathos. Farmhouses are everywhere tending to ailing rows of cornstalks and very occasionally soybeans. The people are friendly enough and curious about any outsiders, though they appear strangely underfed. 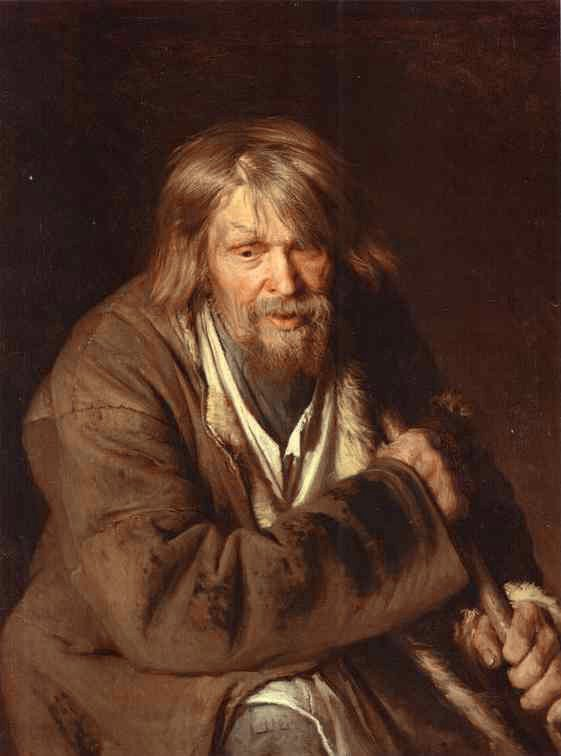 Huskon is a small market village astride the main road. The people there are all suffering from severe malnutrition, but they will insist that it is any outsiders who are the ones who are truly starving. They will point to the obvious signs:

1. Their hands are so languid and steady, they hardly shake at all!

2. Their eyes lack the common yellowed pallor and appear shallow in the face.

3. Their skin is swarthy and not at all clammy.

4. Their fingernails are so tough and rigid.

5. Their muscles are swollen and they can work for hours without being able to rest.

6. Their blood clots at an abnormal rate and disease seems reluctant to touch them. It’s not natural!

This is because the folk of Huskon and throughout the Hills of Hunger maintain a diet of exclusively corn. (Everyone sometimes cheats and eats “foreign” foods, but they feel awful about it and certainly wouldn’t tell anyone). When the locals discover that the PCs have non-corn food, they will be shocked and alarmed, warning that the vapors of the food will strengthen the Grey Fog. They are aware that some barbarians selfishly consume victuals in this way, but as a civilized people they would never permit it. Foreign foods must be ritually destroyed in the central town of Antipathos by the Brothers Teal to avoid the smoke drawing in the Grey Fog.

Antipathos was once a suburb of the City of Jade before it was consumed by the Grey Fog. Farmers occasionally bring foreign food to the city so it can be “ritually destroyed” by the priesthood, and indeed people “know” this is done because they see the telltale teal smoke burning from the central dome. But the corrupt Brothers Teal do no such thing, they feed the food to the City Council in exchange for a near monopoly on power in the region. Everyone feels dreadfully ashamed of this arrangement except for Abbot Tilford, leader of the Brothers Teal and the only knowing servant of the Dark Lord in this module. He alone knows the truth, that the Grey Fog is repelled by corn but that consuming other foods does not help it in any way. He continues this charade in order to keep the populace under his thumb at the behest of his infernal master. Content to rule from behind the scenes, he will send City Councilors to do his will and crack down on troublemakers. Though not actually malnourished, the City Council affects malnourishment by intentionally shaking their hands and applying makeup to seem pale. Councilor Fasil is a portly man who considers himself a real armchair detective. He will try to do good cop/bad cop all by himself. Councilor Ruth is a portly busybody. The moral core of the Council, she is always the first and loudest to advocate for throwing malcontents in the Glutton Pit. The Glutton Pit is a hole in the middle of town where the punished must subsist on corncobs thrown at them by cruel children. Half covered in smushed corn casings, one of the walls of the pit is an old sunken storefront, a faded sign proclaiming it was once a bakery. Every manner of baked good has a depiction chiseled into the wall. A faint inscription read:

“I am a thin man. Red is my name, though brown is my color. In my season, my race is created by others in our image and destroyed by the same. My clothes are made of nothing but imagination and ice. What am I?”

Manipulating the image of the gingerbread man on the wall will cause the wall to slide away with a faint click, revealing a secret passageway out of the Pit and to the outskirts of the city.

The Grey Fog dominates most of the rest of the hex. It is an eerily quiet, immense swarm of grey hornet-like creatures. With unyielding vim they spit acid on any and all living things. Due to some chemical property, the only thing that keeps the Grey Fog at bay is Corn. Cornfields grow everywhere throughout these hills, often at great effort from the local farmers. Occasionally, patches of soybeans are grown to replenish the soil but only with great planning and significant risk that the Grey Fog might spill out. Within the Fog, Sharn the Hermit (+2 reaction if approached silently or in a calming way, otherwise -2 reaction) lives in utter isolation, unknown to society except by occasional glimpses of his lantern. He survives through having fashioned full-body clothes made of cornhusks and cornsilk. He has sensory issues that make the sound of a conversation or a chorus at Belltide nearly impossible for him to bear. The hum of the Grey Fog gives him more peace than anything else ever could. If confronted in conversation he will likely flee to his home in the City of Jade or turn violent if cornered, unless the tone of the conversation is deliberately soothing and relaxed.

The City of Jade was once the centerpiece of this loyal province of the True King before shadow fell on the world. It’s governor, Lord Helix, was a warrior of great renown who answered his lord’s call on a dozen campaigns in his time. Eventually, he married fair Lady Lothaire, who ensnared his heart with love and tried to betray the city to the Prince of Lies. Forced to pass judgment on his one love, Lord Helix could do naught but grieve and weep in the time his people needed him most. By the time he came to his senses, the city was already half conquered by the latest strategem of the Adversary, the Grey Fog. With the last of his resources, he ordered his wise men to create an elixir that would save the city. Alas, alas, alas, their efforts came too late. Now the City of Jade lies in the heart of the Grey Fog. The palace is haunted by Lady Lothaire’s ghost, and is protected by Justicar Golems, whose artificial forms do not enrage the Grey Fog and whose service to the governor will not end in mere lifetimes. Sharn the Hermit (who is illiterate) lairs in the Royal Observatory, which contains the formulae for Frenzy, an aerosol concoction that causes widespread infighting amongst the Grey Fog. In the Throne Room there is a note in a regal hand:

“Damn them all, Sedgwick. Have I not answered the call enough? If you have true need of me, then you shall find me with my greatest treasure”

The Interment Chambers of the city’s nobility begin with a faded shrine to the city’s founder and grow more recent the deeper one travels. After the shrine for Lord Helix’s father and mother, a massive statue of a knight blocks the way with an oversized shield. Inscribed in faint lettering around the shield, it reads:

"You can only keep me once you've given me to another."

If someone says aloud, an “Oath” or a “Promise”, the shield clicks open, allowing entry to the Mausoleum 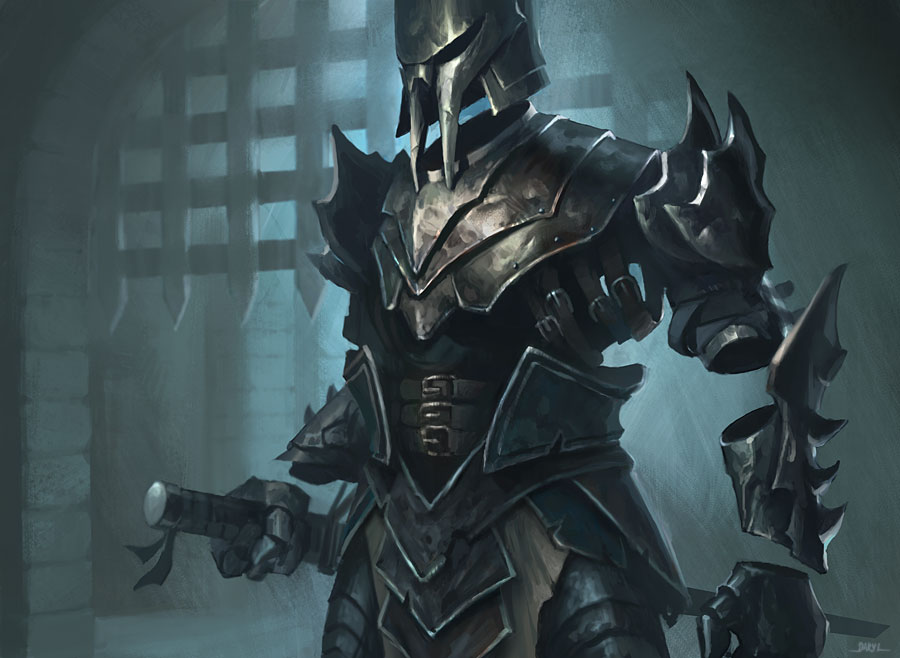 The Sceptre of Jade lies forgotten at the foot of Lord Helix’s corpse  beside Lady Lothaire’s Mausoleum. A perfectly spherical polished orb of jade is gripped by a brass claw. Promises made to and by it’s bearer are binding, and it grants a +4 to saves against fear to all allies who can see it.
at May 04, 2022

Location: The Hills of Hunger Having recently enjoyed Phlox’s hex in the earnest fantasy style of Deltora Quest , I thought I would try my...